The Top 15 Cities for Accounting Careers

There are many sites online that boast they have the list of top accounting cities in the United States, so here is an alphabetical compilation of some of the best cities for finance and accounting jobs, all in one place and the reasoning of why they made this list.

Boston, MA – Investopedia recently named Boston the top city in the world for a career in finance and the current home to around 50,000 accountants and auditors. The finance industry has a strong presence and there are many opportunities to work with educational institutions. Boston has a wide variety of industries and companies in need of accountants, so there are multiple options. 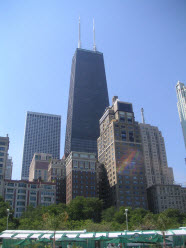 Chicago, IL – Chicago is second to New York in terms of accounting jobs, with over 80,000 people working as accountants, auditors or bookkeeping clerks. The sixth and seventh largest firms (Grant Thornton and BDO Seidman, respectively) are headquartered in Chicago. Accountants and financial analysts with 2 to 5 years’ experience are in high demand. It is also a financial hub in the Midwest with many large banks and financial services companies established in the city.

Denver, CO – Denver is an excellent choice for many different professions as the unemployment in the Denver metro area is on the low end (6.8%). Its economy is booming, especially within the technology sector and independent accounting opportunities. The quality of life outside of work is also particularly great in Denver.

Houston, TX – The Big Four firms all have offices in Houston, along with a multitude of energy companies that call it home, which are big time accountant employers. Given this flourishing financial market, many other smaller finance firms and start-ups have begun migrating to Houston as well and the cost of living is still quite reasonable.

Los Angeles, CA – Among the professional and technical service industries in L.A., the largest is accounting with over 14% employment. Followed by educational and health services, leisure and hospitality and retail trade. Over $3.86 billion was valued in International, two-way trade in 2014, with China being its largest trade partner. In 2012, there were 4,743 financial service companies employing more than 55,000 people. Within Los Angeles County, there were 350,800 employed in local commercial services in 2010, with 14,453 in offices of CPAs.

Minneapolis, MN – It is the home of two top-20 accounting firms: RSM McGladrey Inc. and LarsonAllen. The average salaries for accountants are almost the same as in New York and the cost of living is far lower. Overall Minneapolis offers a healthy and hearty business environment. 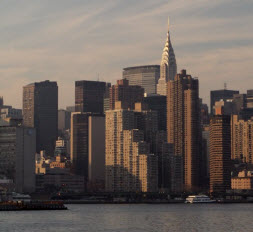 New York, NY – New York dwarfs the competition with over 140,000 people working as accountants, auditors and bookkeepers. With all four Big Four accounting firms headquartered there, as well as 43 Fortune 500 companies, it is a place to be for anyone looking to work in finance. Accountants will find a mix of big firms and small start-ups, along with more independent accounting opportunities than anywhere else in the country.

Philadelphia, PA – According to PricewaterhouseCoopers, Philadelphia is ranked in the top 10 of Gross Domestic Products (GDP) among American cities so business is good and salaries are high. The 45,000+ accountants, auditors and bookkeepers are well compensated (about $10,000/year more on average than accountants in Pittsburgh, PA).

Phoenix, AZ – Is one of the fastest growing cities in the country, Phoenix has over 40,000 accountants, auditors and bookkeepers. It is second to New York City for the number of independent accounting opportunities. Phoenix has seen an increasing number of openings of offices and firms. The cost of living is low, while demand for accountants can be high.

Raleigh, NC – Raleigh’s population is one of the most educated in the world. Almost half of the population that is 25 or older has at least a four year degree. Raleigh has a growing amount of tech companies including key business industries like cleantech, life sciences, software, IT, consumer goods and a variety of startups. Topping the Forbes Magazine list of 10 "Up and Coming Cities for Entrepreneurs," it has over 300 start-ups which are supported by a growing number of venture capital firms, angel investors and incubators. In the Research Triangle Region, employment grew by 36,447 in 2012 and the cost of living and cost of housing are just below the national average.

Richmond, VA – Richmond is the headquarters of the Fifth Federal Reserve District and is a financial nerve center for Maryland, Virginia, West Virginia, North Carolina, South Carolina and the District of Columbia. Banking has always been a significant employment factor in the area and with the liberalization of banking laws, it has increased the centralization of headquarters activity in the area by many of the state’s large and regionally oriented banks. The largest private employer is Capital One Financial, and Richmond is also the headquarters for Philip Morris. Other companies include DuPont, Allied Corporation, Kraft Foods, McKesson Corp., Alcoa and CSX.

San Francisco, CA – San Francisco houses a large concentration of Fortune 500 companies and diverse industries. The start-up community also fosters a healthy demand for finance professionals as those planning to go public require more financial support to facilitate the process. Among the professionals that are most in demand are mid-to-senior level accountants with public accounting and revenue recognition experience.

San Mateo, CA – San Mateo is increasingly being considered a part of Silicon Valley as start-ups call this area home and have found a balance between new and more established boutique companies. The city is a great place for entry-level candidates and basic accounting jobs are in the most demand. 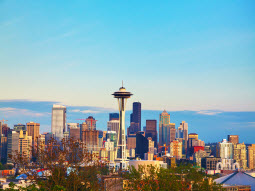 Seattle, WA – Headquarters of Moss Adams, the eleventh largest accounting firm in the United States, Seattle’s salaries are pretty respectable, the cost of living isn’t off the charts and there’s plenty of diverse businesses. It has a high percentage of college graduates and a large population of young professionals.

Washington, DC – It has one of the lowest unemployment rates in the country. The average salary is one of the highest of all American cities and with an increasing focus on accounting fraud and governmental regulation, more accountants are needed, especially forensic accountants.